Honorable Marcus Onobun representing esan West constituency while congratulating Nigeria for 21 years of uninterrupted civilian rule in his democracy day address tagged “ Standing tall for true democrat” admonished Nigerians to stand tall for democrats who place the needs of the people before Self, as democracy is the government of the people by the people and for the people. Anything short of this is pure hypocrisy he said. 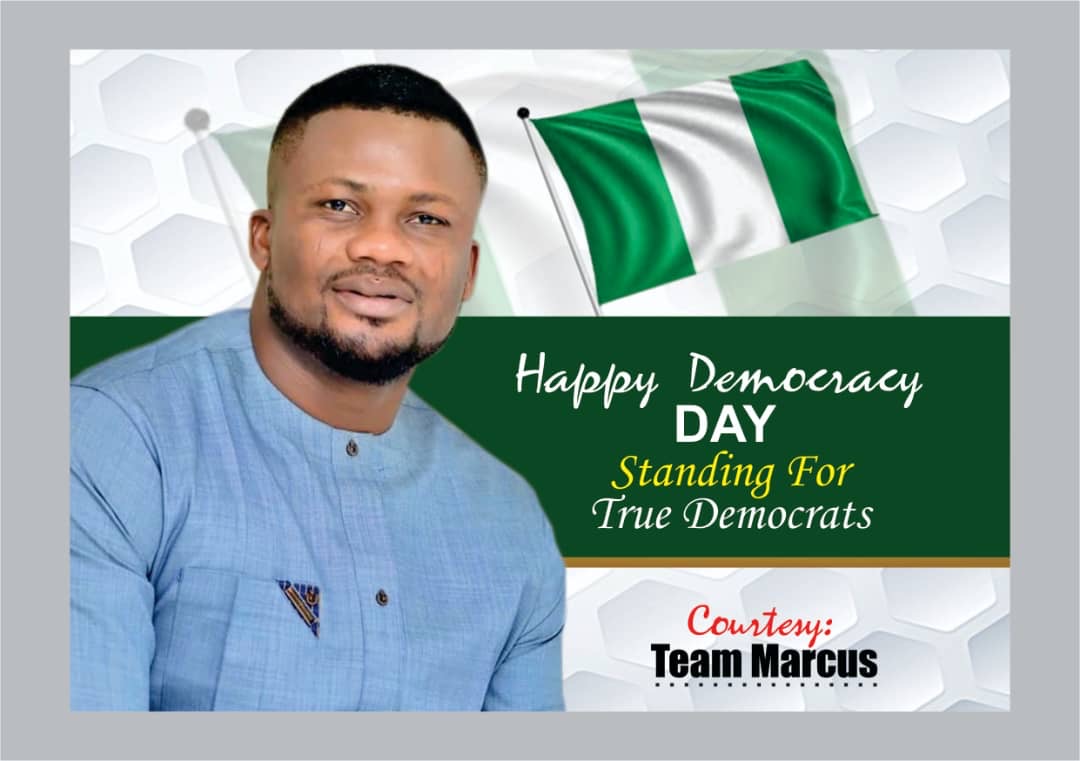 On Edo 2020 election he reiterated his unwavering support for Governor Godwin Obaseki describing him as a true democrats who place the people before selfish interest. He also took time to highlight some of the notable achievements of the governor such as the face lift of infrastructure across the state, prompt and regular payment of salaries, agricultural development, youths inclusiveness in government, improved power supply, health facilities and many more.

In the same vain he also admonished edo people to disregard politicians who jump from party to party and making all manner of derogatory statement in desperation for power. As their interest is solely their stomachs and that of their selfish counterparts.

In a strong message to esan people he said “ Obaseki is our sure bet if an esan man will emerge as governor comes 2024 as his second term bid will complete the tenure of Edo south thereby giving room for edo central to produce the next governor. Hence any esan man who is against Obaseki is an anti esan politician who is against esan agenda.

In a closing statement he said edo people should come out en mass to support the progressive governor Obaseki for his second term bid. God bless esan land, God bless edo state and God bless the federal republic of Nigeria.